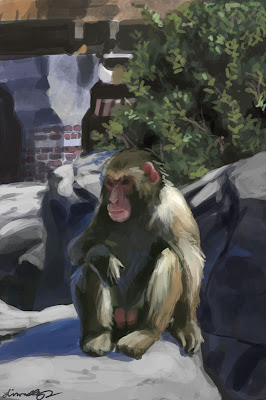 This is a Snow monkey aka Japanese Macaque from the Central Park Zoo in NYC. 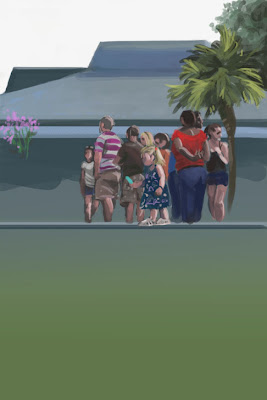 This speed paint is incomplete. The scene I was working on was filled with wall-to-wall people (it was taken at Crane's Roost this year on the Fourth of July). My meticulous approach to the human figures, and all the color variation in clothing slowed me down immensely. After an hour, I still had a great deal of the scene left to do, and I had lots of work to do that day, so I called it quits.