Here's a sneak peak cropping of the picture I plan on finishing up today. 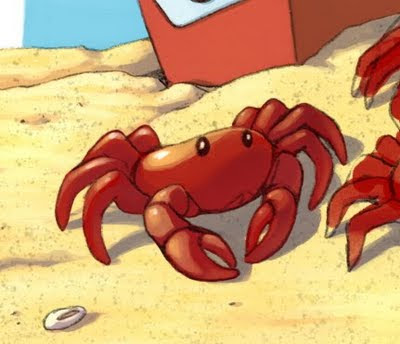 These are the thumbnail sketches for the picture. 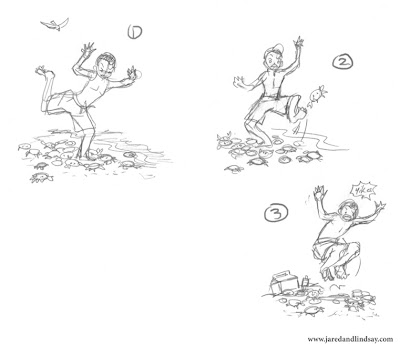 I decided to go with number 3 since it has the most action (boy leaping in the air), though I'm also fond of 1 and 2.

1 has a nice diagonal cut of water creeping into the image, and so many crabs that he is no place to put his other foot. Downsides - seems too posed, and the right leg pulled back almost looks like he's getting ready to kick crabs, which isn't my intention.

2 has a funny action of the boy pulling up his foot after a crab has snipped at it, causing the crab to also be launched into the air. I strongly considered it, but 3 won out for the stronger action and the sense that the crabs somehow snuck up on him.
Posted by Unknown at 9:58 AM