From the Sketchbook - studies of polar bears and beetles 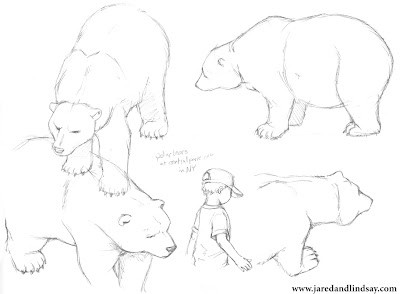 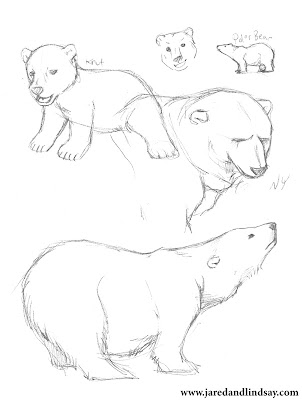 The polar bear studies are based upon photos I took at the New York Central Park zoo, with the exception of Knut, the famous polar bear from Germany -- too irresistibly cute not to draw. :) 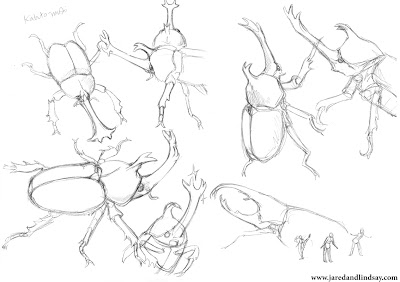 The beetle studies were done for one of the Domo manga chapters in which Domo catches himself a kabuto mushi, aka a Rhinoceros beetle. They're popular in Japan and sometimes used in fighting tournaments. Before I could "toonify" the beetle's design, I made sure to do a number of drawings of the actual insect so that I better understood what I was drawing. 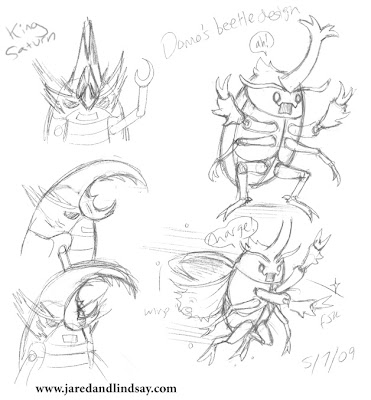 The final design ended up being just a tad different than the sketches here. See if you can tell the difference when the book comes out!
Posted by Unknown at 11:27 PM